on December 23, 2015
I recently ran a couple of workshops with Lisa, for her health and wellbeing groups, at the Little Bird SOS studio.  When I was asked what I would like to do, I chose to promote the ideas around keeping (and using) sketchbooks, or indeed any kind of random notebook, as a developement tool and extension to your creative mind. 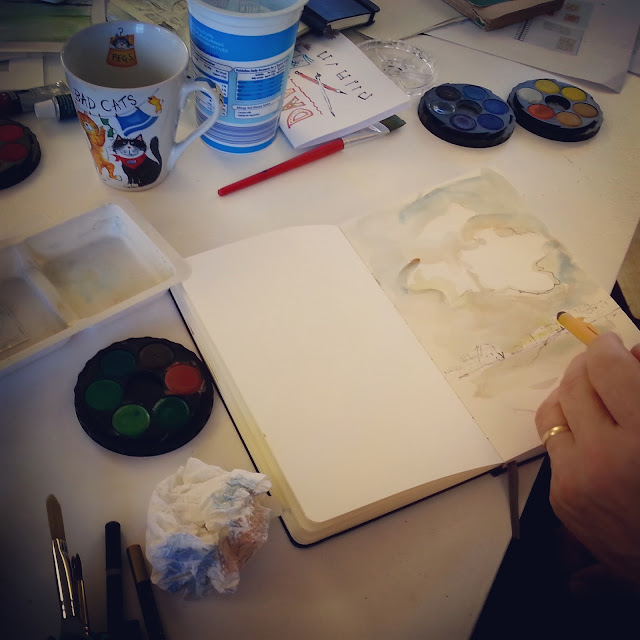 It was a very relaxed and informal group, who were warm, welcoming and curious.  We all sat around the amazing large white table full of stuff, and I could see immediately why the participants like attending these sessions so much.  Even I could feel the tensions and worries dripping off me while I chattered and pottered around this calming environment. 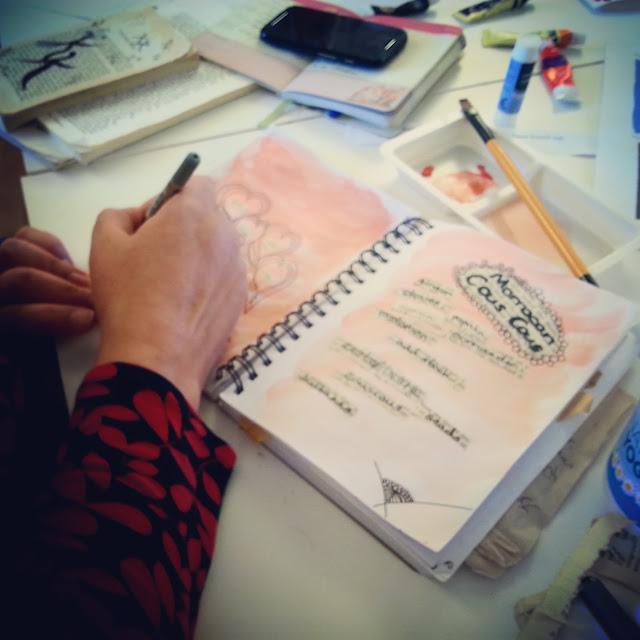 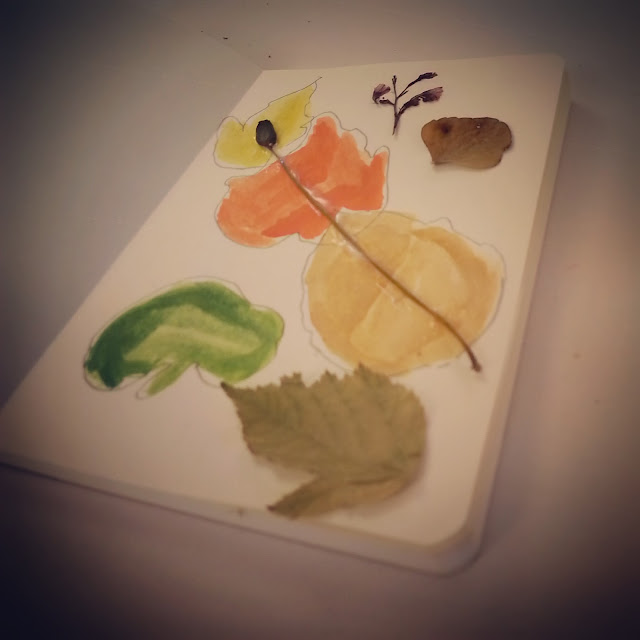 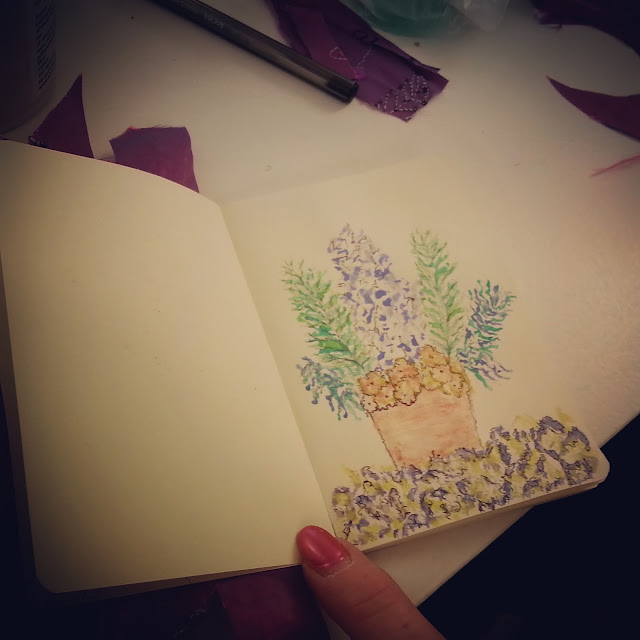 One thing that became quickly apparent was the concerns some of the group had about their own abilities to 'draw'.  I pointed out that even people who can draw are seldom satisfied with their own efforts, and the trick is to do it, and try not to worry if it is any good or not - afterall it's just a sketchbook!  I also tried to allay their fears by explaining that the sketchbook was fundamentally their book, and need not contain drawings at all, but might be a place to jot things down, write or stick things into, or doodle in any random way, or collect photographs etc. I showed that books have jottings, spider diagrams, poems, lists etc.  What they did in the book did not have to be successful, or polished - it just had to be done!  I tried to push the idea of the book being a place to take part in a process, and that process was more important that the finished product. 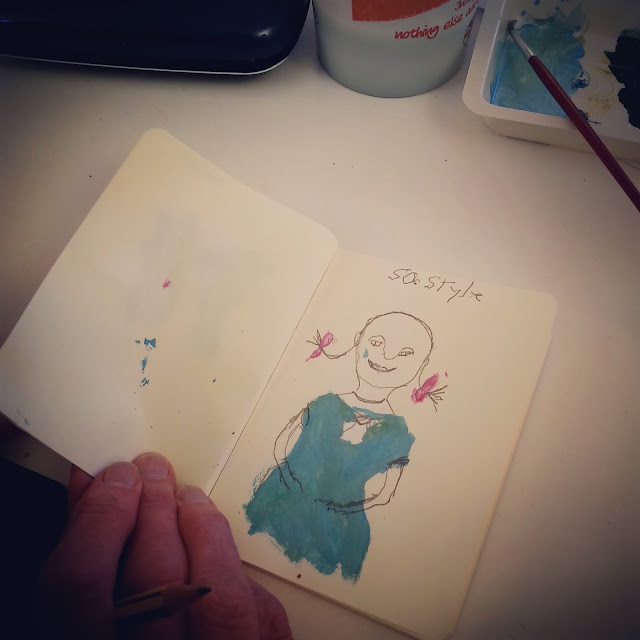 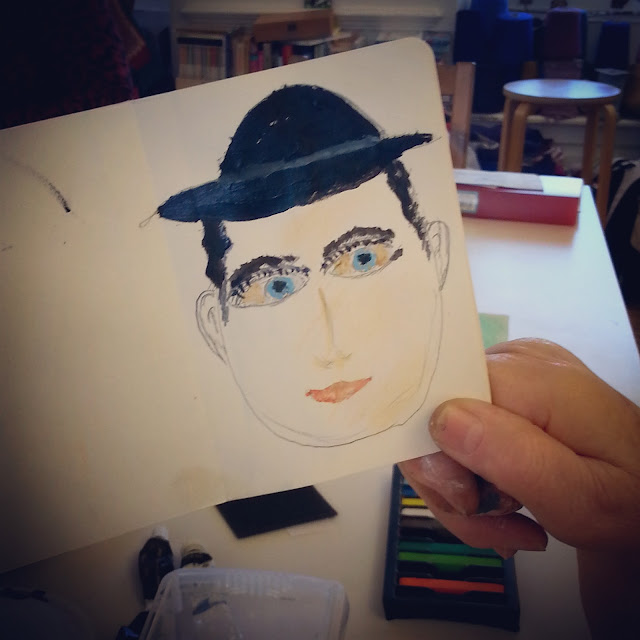 One participant had kindly bought examples of work she had done previously and the group enjoyed looking through these and this demonstrated the degree of trust the group share. 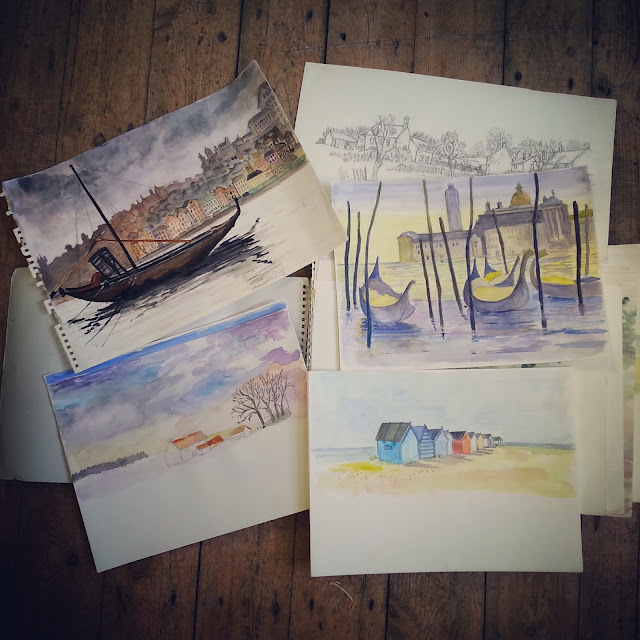 We had a range of examples from sketchbooks of JMW Turner (which are always amazing), Tracey Emin, our daughter Lily, Picasso and Tim Burton.  In order to reinforce the idea of writing as well as sketching in the book, we also showed Wainwrights walking guides.  The group soon relaxed enough to flick through the materials and that was enough to set them going when Lisa bought pastels, paints and other materials to the table.  Most needed no encouragement and were soon making marks.

Following on from this session, these sketchbooks were personalised with the group making their own covers from old bits of fabric. 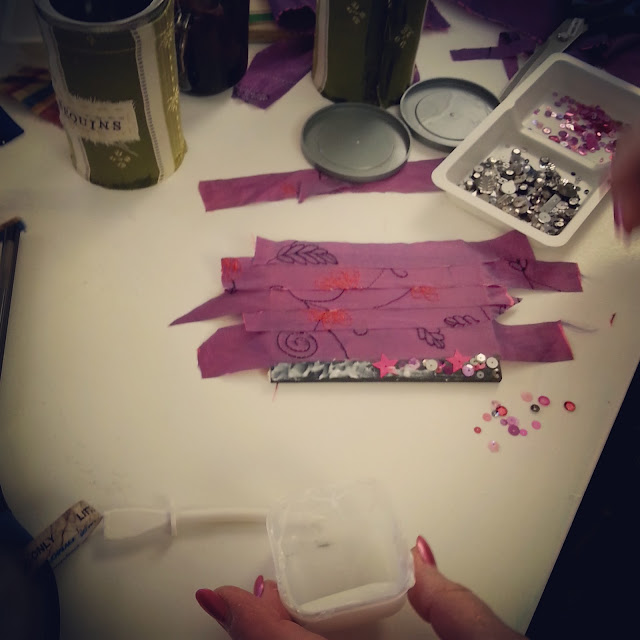 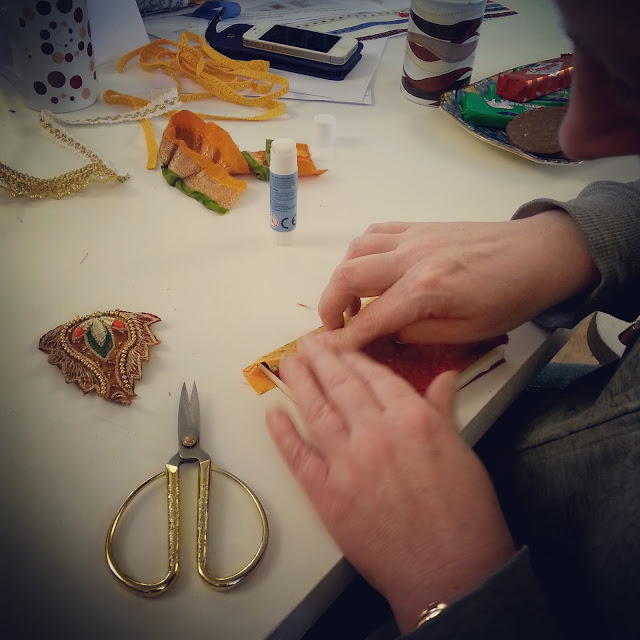 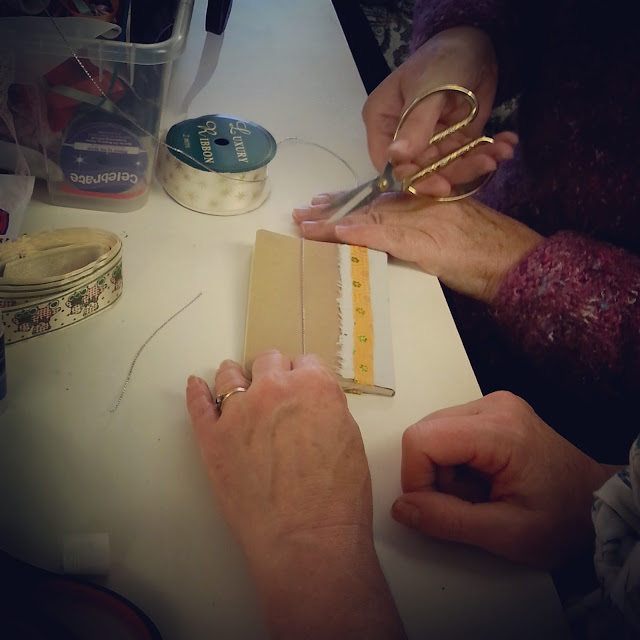 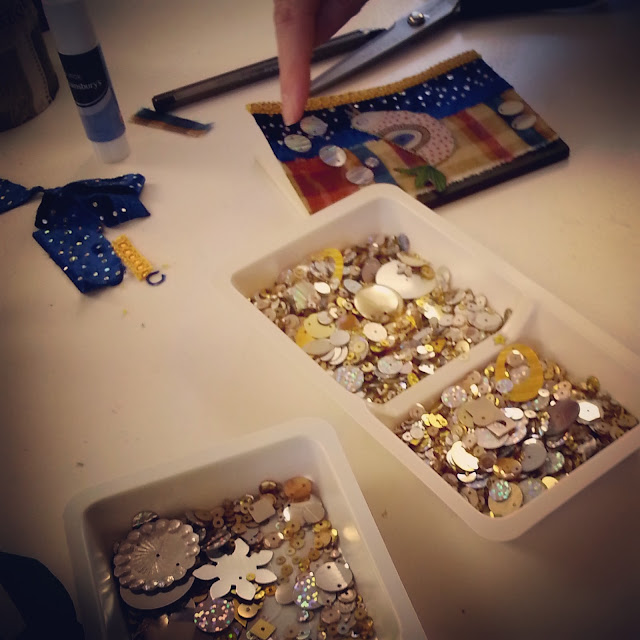 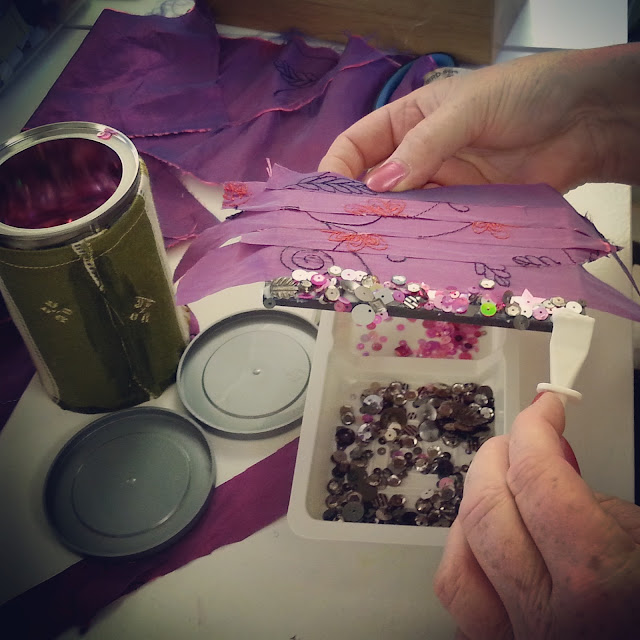 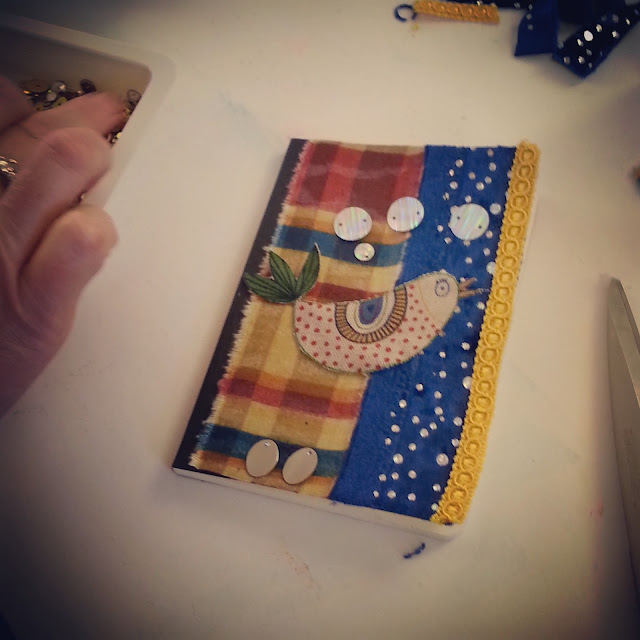 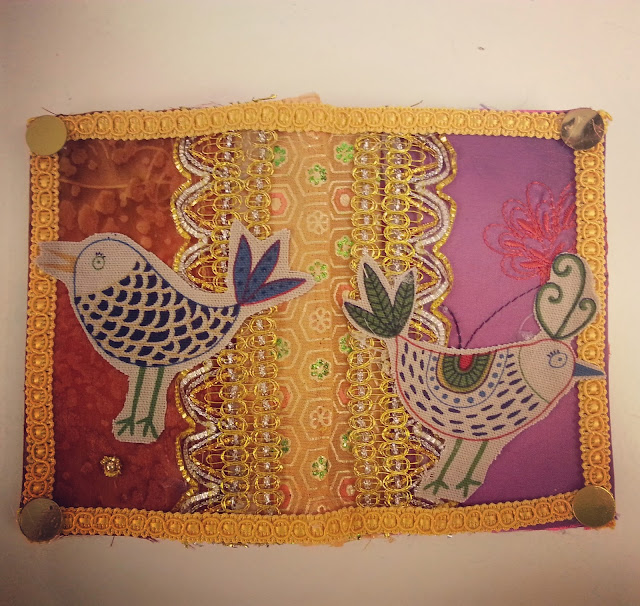 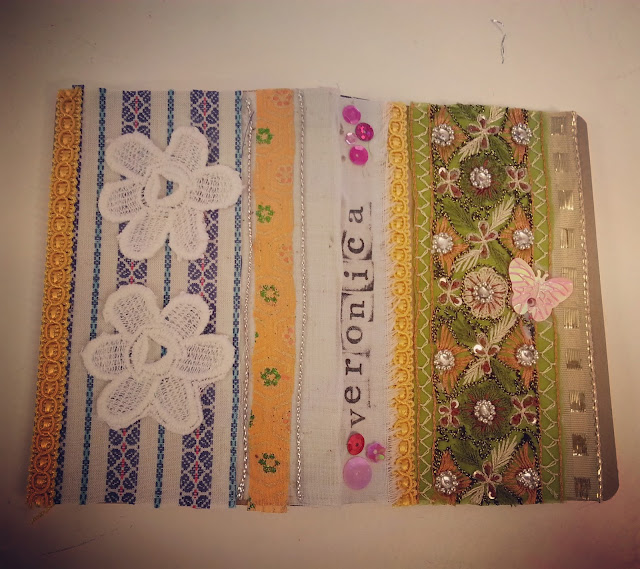 I was delighted that the group seemed to grasp the idea of the book as a tool and a place to safely 'go wrong' (whatever that is!) and their efforts were quite bold and highly individual.  Some liked drawing or painting directly in the book and others were making materials and collecting them in the books.